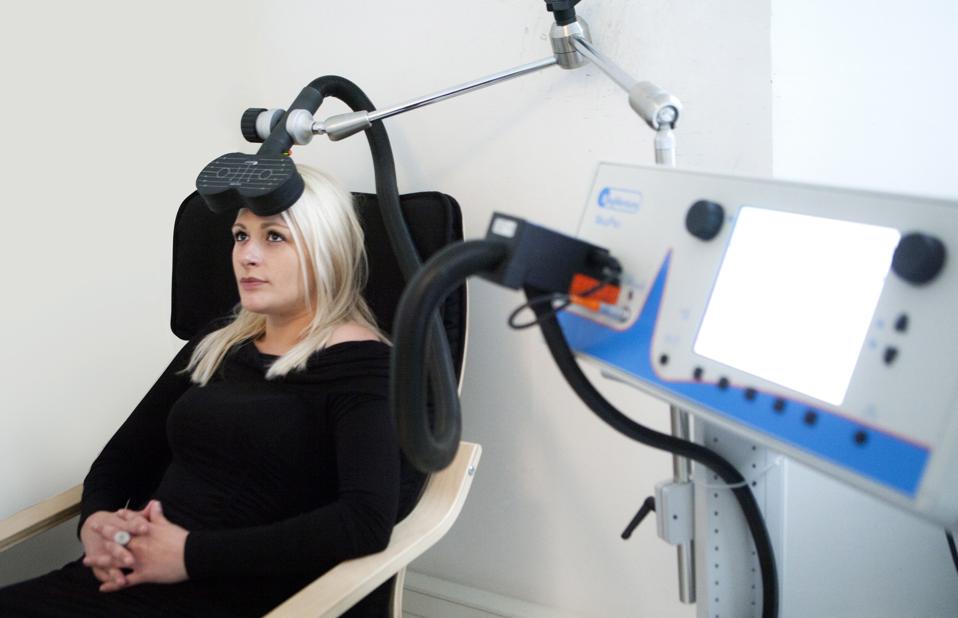 Sessions of magnetic brain stimulation therapy lasting just over three minutes significantly reduced depression symptoms in patients with treatment-resistant depression. That’s according to the largest study of its kind comparing a standard form of brain stimulation with a newer, shorter version that could potentially treat a larger percentage of depression patients.

The standard version of this therapy, which uses high frequency brain stimulation during roughly half hour sessions, has been shown in previous studies to cause remission of depression symptoms in up to 30% of patients with treatment-resistant depression. A newer version, called intermittent theta burst stimulation (iTBS), requires just over three minutes per treatment.

The study compared both forms of the treatment among 414 participants randomly assigned to receive the longer or shorter form for five days a week during a six-week period. The researchers report that the results showed nearly 50% of participants receiving the shorter treatment (iTBS) experienced a significant reduction in symptoms, and just over 30% reported full remission of symptoms. About 25% of those receiving the standard version of the treatment reported remission.

The results have the potential to expand the use of brain stimulation therapy, which was approved as a depression treatment by the US Food and Drug Administration in 2008.

“The main impact of this study is that the number of people who are able to be treated using theta burst stimulation compared to the standard form of rTMS can be increased by three to four fold,” said lead author Dr. Daniel Blumberge in a press statement.

The latest research adds to a spate of studies supporting rTMS as an effective therapy for patients who don’t respond well to traditional depression treatments, estimated to be as many as 40% of all depression sufferers. One large-scale meta-analysis of  rTMS studies conducted over three decades showed that brain stimulation produced consistent results in a high percentage of adult depression patients that had little or no response to meds.

Brain stimulation is well tolerated by most patients, although the researchers reported that a few participants in this study dropped out with complaints of headaches.

As use of the therapy gains momentum, the waiting list of patients wanting to try it is getting longer. The new version could potentially treat more patients during shorter and more frequent sessions, which would have the added benefit of providing more data to assess brain stimulation against traditional depression treatments. According to the National Institutes of Mental Health, an estimated 16.2 million adults in the United States have had at least one major depressive episode, about 6.7% of the population.

The study was published in The Lancet.